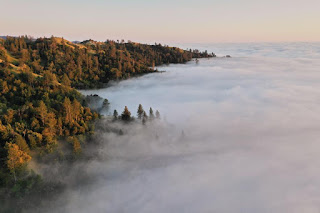 Physical Education for Kids at Home 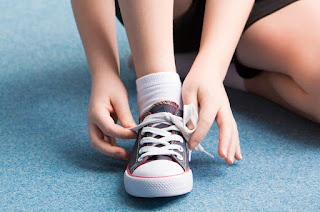 If you have found your kids stuck at home due to the coronavirus pandemic, they might be getting a bit antsy as they transition to online learning and spending more time in the house. They may be missing their friends and even be getting tired of watching TV (did you think this was even possible?).

This is a great opportunity for you to start incorporating physical education (PE) games at home into your daily routines.

The Benefits of PE in Schools

While it’s no secret that physical activity is good for kids and their overall wellbeing, why is PE in schools so important? According to PhitWorld, kids benefit immensely from this structured group time because it:

During this time at home, kids do not have the same opportunity to participate in physical activity with their peers.

However, we encourage you to try and find a way to break up the day to allow time for exercise and “PE at Home.” Not only will this get out pent-up energy and provide exercise, but it will give your child a much-needed break from their online schooling.

PE Games You Can Play at Home

Don’t forget to start with some basic stretches to get them (and you!) warmed up.

We recommend trying to dedicate at least 30 minutes, 3-4 times a week to these games and exercises.

All of these games require minimal equipment and can be done inside. If you have more than one school-aged child at home, you can create structured group time together. Whether it be just you and your child, or several of your children together, here are five ways to create "PE at Home:”

These are a great way to really get your kid(s) moving. If you have more than one child, this one can invoke some friendly competition. Circuit training works all the muscle groups in a series of exercises.

Have your child(ren) perform these exercises for two circuits, and time them while doing so. They are guaranteed to want to try and beat their first time at least once.

You can also easily hold relay races indoors, just be sure to create enough space. This might include moving some furniture around, or a long hallway works great. If you have other children in the house, this one is ideal. All you need for this is a small object, such as a tennis ball or an action figure.

For a fun variation: instead of hopping, try skipping or crab walking instead

Compile a list of your kid(s)’ favorite songs. Have them dance around while you play them but freeze whenever you hit pause. With multiple kids, you can eliminate each one if they move when they are supposed to “freeze.”

All you need for this is a blown-up balloon and a piece of yarn or rope.

While not as energy expending as some of the other options, yoga will get your kids’ heartbeat up and allow them to stretch their muscles out, a great option after being sedentary for many hours.

Have your kid(s) try some of these animal yoga poses. You could have them hold each pose for 10 seconds and then switch to another one, allowing them to keep moving but still striving to get the position correct.

Here’s a fun video you can share with your children to help them learn some new animal yoga poses:

While your child’s routine may be different than usual, you can manage to keep or create a new routine that they can depend on. Incorporating physical education into their days while they are stuck home will benefit both of you immensely. Allowing them this structured time will help them burn calories and keep their muscles moving. They may even sleep more soundly and be in a better mood throughout this uncertain time period.

Don’t underestimate the benefits of physical activity. Your child will thank you for it!

Posted by Lindstrom Chiropractic Clinic with massage and sports medicine therapy at 3:47 PM No comments:

The number 1 reason you will love laser therapy? It works! When you are suffering from a painful injury or condition, deep tissue laser therapy can provide powerful pain relief, promote tissue repair, and reduce swelling– even when other therapies have failed.

Deep tissue laser therapy treatments are very fast – typically lasting between 4-7 minutes, depending on the size of the area treated. The results are often fast too, with many patients reporting pain relief and improved range of motion after the very first treatment.

Deep tissue laser therapy can be used on most patients with minimal contraindications. With over 1 million treatments performed worldwide each month, it offers a safe alternative to opioid pain killers and surgical intervention in many cases.

There is a significant body of evidence supporting the use of deep tissue laser therapy as both an adjunct and a standalone treatment for a variety of musculoskeletal conditions. From head to toe, researchers have concluded that laser therapy is effective for reducing pain, increasing range of motion and improving overall quality of life for patients suffering from many common and difficult-to-treat conditions 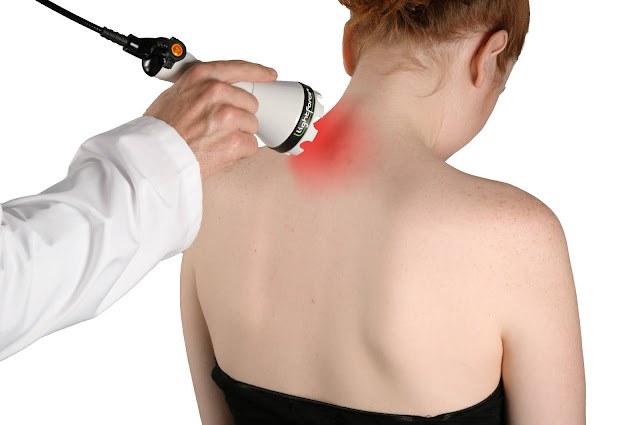 Posted by Lindstrom Chiropractic Clinic with massage and sports medicine therapy at 3:27 AM 1 comment:

The Healthy Back Checklist

Align Your Posture:Engage your core by drawing your naval inward and upward. This will also help bring your low back into a neutral position and prevent it from swaying forward.Without arching your middle or lower back, draw the shoulders blades together on the back. You will feel the hunch come out of the upper back and the chest should feel nice and open.Draw your chin slightly back so that your ears stack right over your shoulders.Relax your shoulders down and away from your earsAt your Desk:Elevate your computer screen so it is at your eye level. Looking down places unnecessary strain on your neck and back.Sit up tall and try to keep your elbows next to your ribs as you are typing, rather than reaching forward with your arms.Get up and take a brief walk around the office at least once every hour. It is important to keep your body moving as much as possible.Always hold your cell phone at eye level when you are texting. Avoid looking down at your phone because this strains your neck. "Text Neck" is a major problem these days.Diet and Nutrition:Drink plenty of water. Your vertebral discs are made mostly of water so it is important to keep them hydrated so they remain supple and strong.Lindstrom Chiropractic Clinic offers a broad range of services to address musculoskeletal disorders, including chiropractic, of course, therapeutic massage, deep tissue laser therapy and rehabilitative exercise - all in one clinic.

Posted by Lindstrom Chiropractic Clinic with massage and sports medicine therapy at 2:31 AM 9 comments: